We use cookies on this site to enhance your user experience. By clicking any link on this page you are giving your consent for us to set cookies. More information.
I accept

OMG! The incredible adventures of the Mystic Lamb

Discover the incredible story of the audacious theft of the panel of the Just Judges … and much more!

During the night of 10 April 1934, thieves succeeded in removing two panels of the famous altarpiece and disappearing with them into the night. The next morning the news was all over the newspapers but alas, no clues were found. The panels of the Just Judges and of Saint-John the Baptist had vanished. The latter was returned, the former has never been seen again. The guide will not only tell you all about this audacious theft but also the entire turbulent history of this masterpiece.

The theft in 1934 was not the first, nor would it be the last time that the altarpiece was stolen, borrowed, hidden or held as ransom, The panels have been dismantled several times, sold illegally, falsified, held as ransom to blackmail the bishop, censured by the authorities, threatened by the iconoclasts, used as a diplomatic weapon, and sawed in half in order to display the back panels together with the inner panels. The altarpiece was lifted from the Cathedral 13 times in all!

During our walk in the beautiful city of Ghent you will discover many of the ‘crime scenes’. 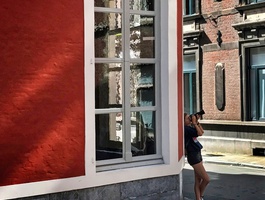 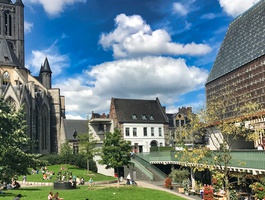 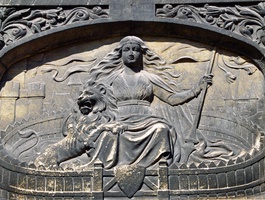 HISTORY, CULTURE, ART, RELIGION
In the footsteps of striking women 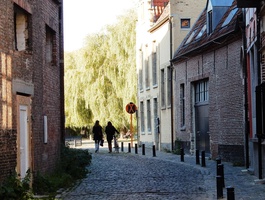